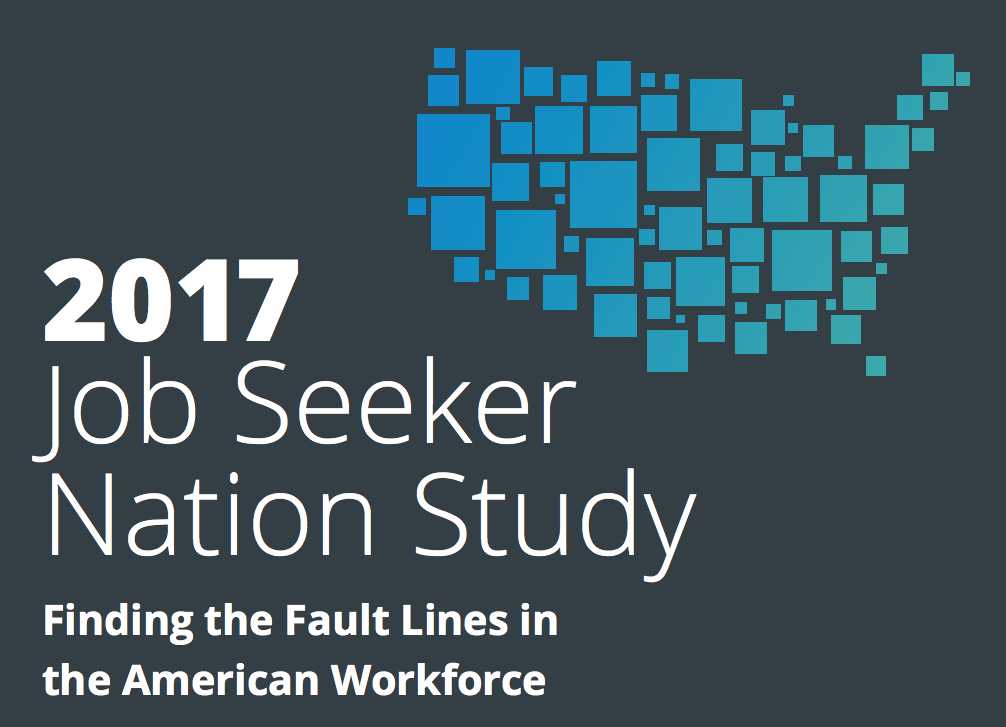 If there’s anything America can agree on in 2017, it’s that our nation is divided. In November, we watched the country split in two around our presidential election, and many gained a newfound understanding of the vast difference in daily experiences for others outside their particular slice of life.

After surveying over 2,000 workers in this country on the American work experience, conducted by Zogby Analytics, our data confirmed an important lesson: “Divided America” is a myth. While blue and red states border one another in almost every instance, our population isn’t so easy to catalog — between our family lives, our careers, our finances and our hopes and dreams, the American experience is varied across thousands of fault lines.

In our 2017 Job Seeker Nation Survey by Jobvite, now in its 8th year, we seek to define these diverse workforce experiences, helping understand the distinctions and overlaps between the shades of the American job seeker. Some key findings include:

“Divided America” is a misleading oversimplification. Our survey found nuance, texture, and many different versions of the American job seeker experience. 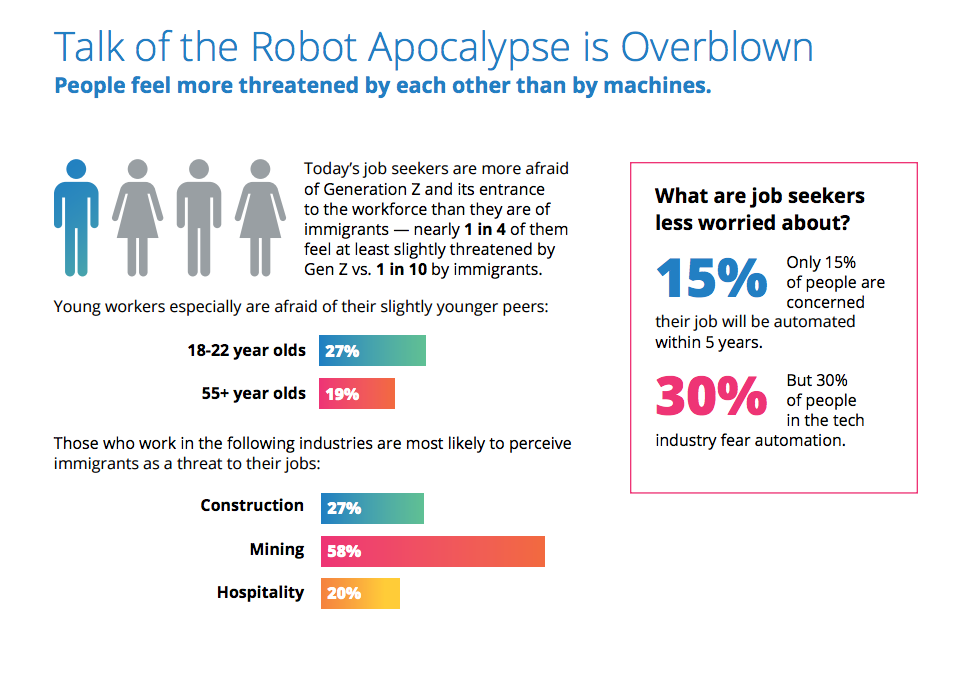 The biggest threat? Other people (not robots). People are most afraid of other people in the workforce, and don’t feel all that threatened by automation. Here’s a surprising finding: job seekers are more concerned that Gen Z will take their jobs, much more than the threat of immigrants or automation.

Is it hard or easy to get a new job? It depends who you ask. Nearly half the workforce say it’s harder to find a job than last year. However, certain groups aren’t feeling the same pain — particularly high earners, those in large cities, and high-skill industries. 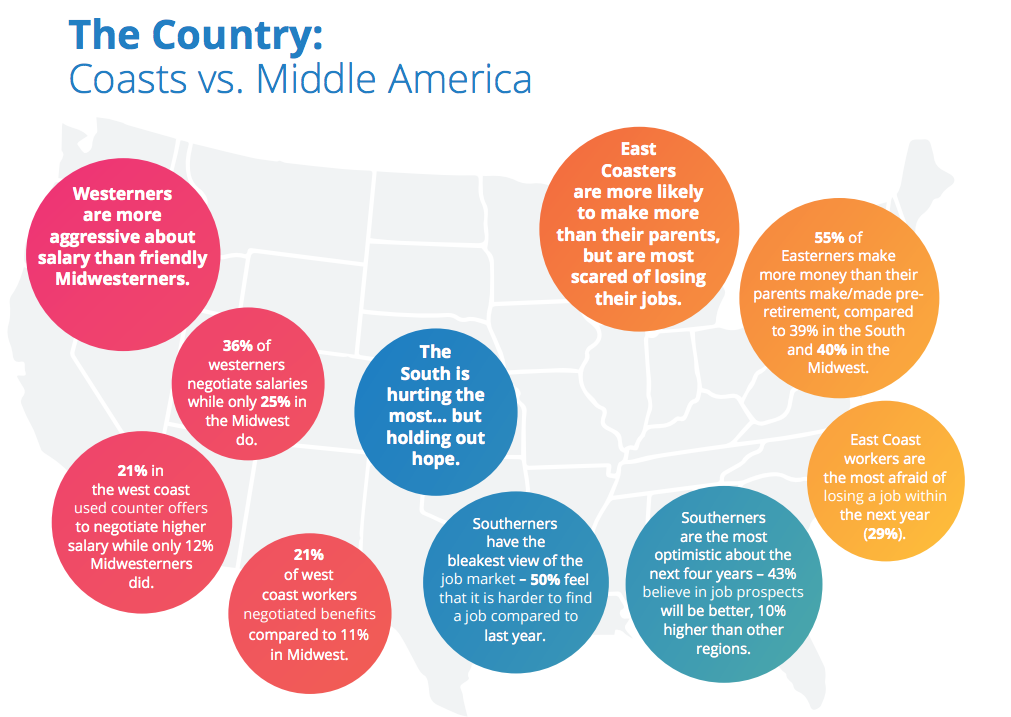 The rules of getting a job have changed. Traditional “rules of the road” like cover letters have been abandoned in favor of new job seeking practices — and staying at job for 4 years is no longer “required.” 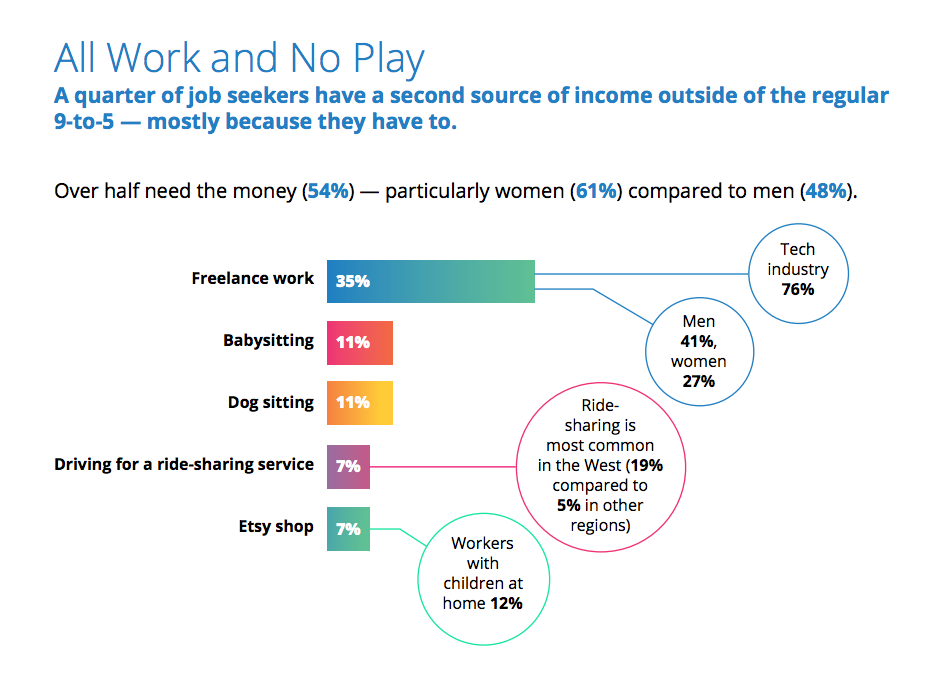 The side hustle is real. Second jobs and salary negotiations are top of mind. While we keep hearing that the economy is on the up-and-up, a significant percentage of job seekers still need extra work or higher pay to survive.