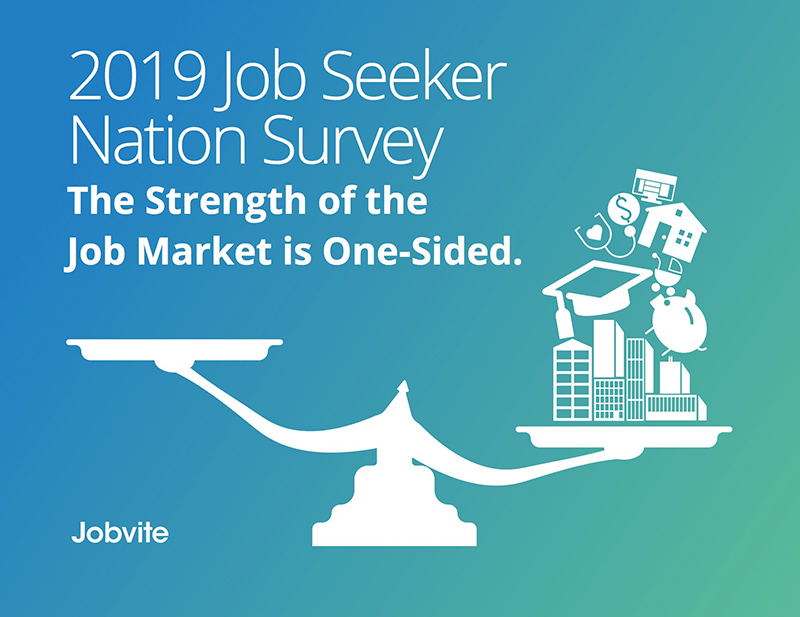 In 2019, one thing seems certain: it’s a candidates’ job market. With the U.S. economy prospering, headlined by a record stretch of low unemployment, all signs point to a tip-top labor market for American job seekers. In fact, from massive tech IPOs to more job openings than workers to fill them, the job prospects only look to perk up in the coming year.

Last year, we said recruiting hit its tipping point, and we saw candidates seizing their newfound power to negotiate salary more often, preemptively reject companies, and turn down signed offers in lieu of better ones. This new dynamic has forced hiring teams to get creative and explore unknown territories — like adding text into their recruiting methods and engaging candidates on social media — to reach candidates and find new talent.

But after surveying over 1,500 workers on the American work experience, we found this doesn’t paint the full picture, and leaves out an important part of the labor market: the one that is falling behind. While some companies and industries report record growth and headlines paint a positive outlook on employment, not everyone is able to find work, stay sharp, or move ahead in today’s labor market. So, “how hard is it to find a job today” actually depends on who you ask.

In our annual Job Seeker Nation Report, Jobvite looks at who is able to get ahead in today’s economy, the opportunity costs for those falling behind, and the daily realities for workers when it comes to workaholism, parental leave, the gender pay gap, and more. Some key findings include:

To read more information on how Americans are finding, keeping, and leaving jobs — download this year’s Job Seeker Nation Report here. The report was conducted by Zogby Analytics and surveyed over 1,500 U.S. adults.

How to Add Diversity to Your Recruiting Strategy Conversational Recruiting: It’s Not All About You