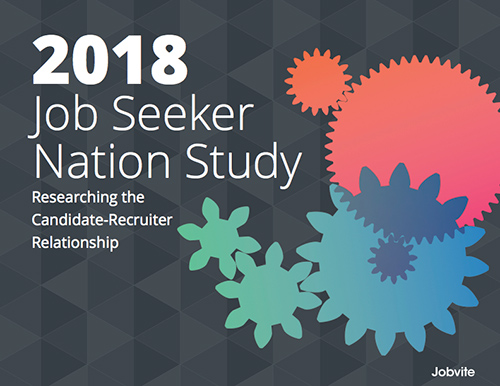 It’s 2018, and the American workplace is in flux. The economics have shifted, and for the first time in a long time, nearly every qualified candidate is employed. New technologies such as artificial intelligence and automation are transforming entire industries, including talent acquisition, forever. A new generation has entered the workforce, alongside ground-breaking new movements focused on racial and gender inequality.

As the dust settled from a year devoted to upending the status quo, we surveyed over 1,500 workers on the American work experience to unearth a new truth: the rules around recruiting and hiring have evolved. The relationship between job seekers and recruiters has changed, and the hiring process is no longer a linear start-to-finish. Rather, recruiting top talent requires a continuous cycle of engagement.

Candidates today expect a more seamless experience, where brand, culture and personal connection fit together cohesively. For companies, that means administrative efficiency, recruiter-first processes. Transactional relationships just won’t cut it anymore. Today’s candidate-recruiter relationship must take into account the job seeker journey, and both parties will be forced to adapt to find success in this new era.

In our annual Job Seeker Nation Report, Jobvite examined the new dynamic between employers and candidates, the growing expectations for both sides, and what a successful hiring journey looks like. Some key findings include:

To read more about Americans’ changing expectations in the workplace, download this year’s Job Seeker Nation Report in its entirety. The report was conducted by Zogby Analytics and surveyed over 1,500 U.S. adults.

And keep an eye out for more as we delve into the real truth behind job seekers’ experiences with sexual harassment and bullying in the American workplace coming soon!

« 2018 Recruiting Benchmark Report: How Do You Stack Up? What’s Next for the Recruiting Industry? Conversational Recruiting »