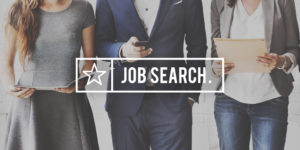 Hiring has grown steadily for the past seven years, and doesn’t show signs of stopping in 2017. Sixty-nine percent of recruiters surveyed by Jobvite reported their company’s hiring increased in 2016, and 35% plan to hire at least 100 people in the coming year.

The jobs are out there, but companies still struggle to find the quality talent they need. In fact, 65% of recruiters cite a lack of skilled candidates in the market as the largest obstacle to hiring.
Based on a database of over 14 million job applications in 2016 and 64 million job seekers, Jobvite broke down exactly what prospective job seekers need to know to nail their dream job in 2017. From using referrals to get your foot in the door to targeting the fastest-growing industries, we put hard numbers behind conventional wisdom, so you know exactly what to expect in your job search this year.

The Basics: How Do You Get Noticed?

Everyone knows networking is important, but just how important? According to the 2015 Recruiter Nation Survey, 78% of recruiters rank referrals as the best source for quality hires. And the data backs that up: 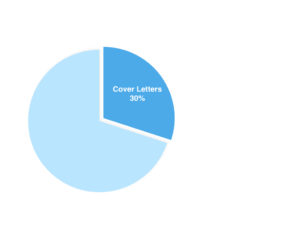 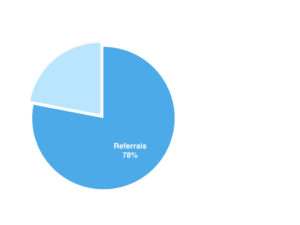 More Importantly What Are Your Chances at Getting a Job?

The higher the number of applicants, the harder it is to stand out in the crowd – and not all industries are created equal.
According to Jobvite’s data, tech, media, education, and consumer internet are among the most competitive industries, with consumer internet (e-commerce companies like Grubhub or Zappos) considering a whopping 66 applicants per hire. 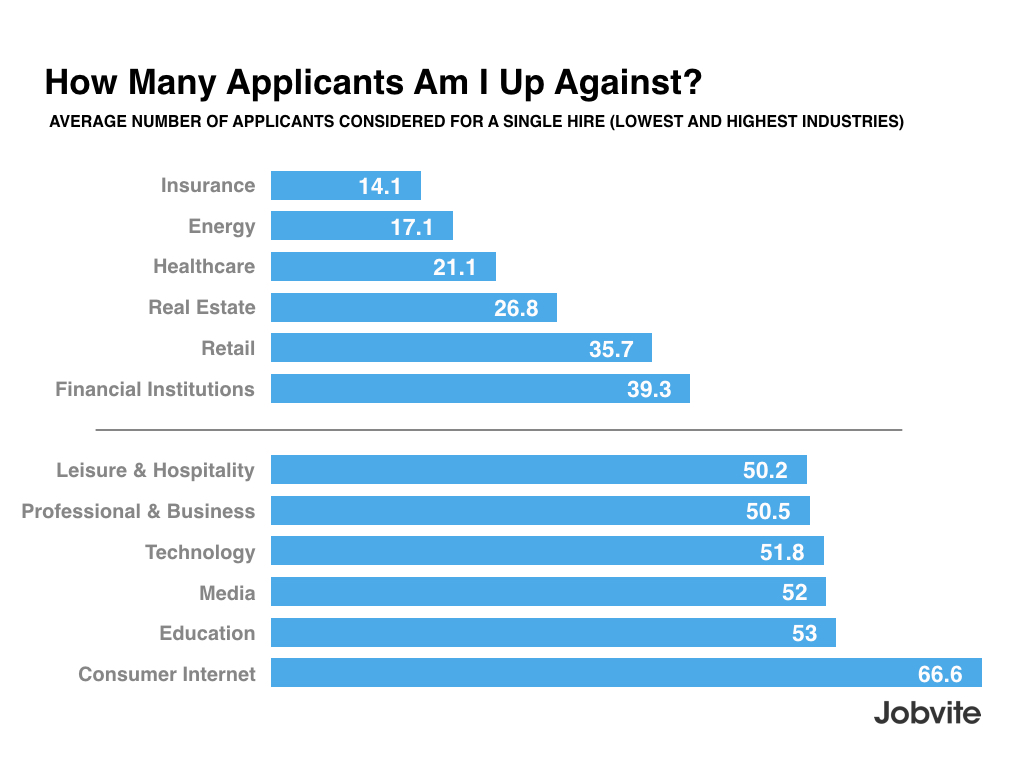 Industries like insurance and energy, on the other hand, are substantially less competitive, with less than 20 applicants considered per hire on average. For those seeking stability and the prospect of long-term growth at a company, these industries may pose an attractive alternative.

The Interview: From Foot in the Door to Seat in the Office

The interview is the biggest step in the job hunt and your greatest opportunity to impress. But how much that opportunity is worth varies by industry. Sometimes, an interview means you’re close to an offer, while in others, it’s a formality extended to many. We broke down the process from application to interview to offer: 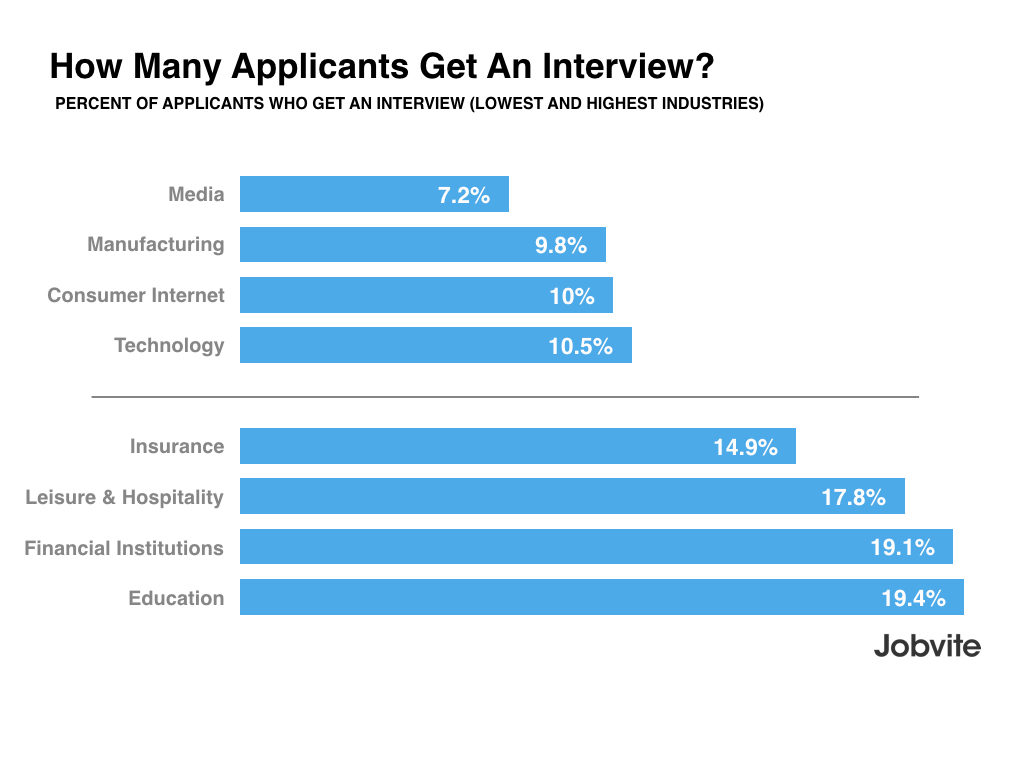 Technology and consumer internet are competitive, and it’s especially hard to get an interview in media. In education, on the other hand, almost a fifth of applicants will get a chance to impress, but only 9% will get an offer. 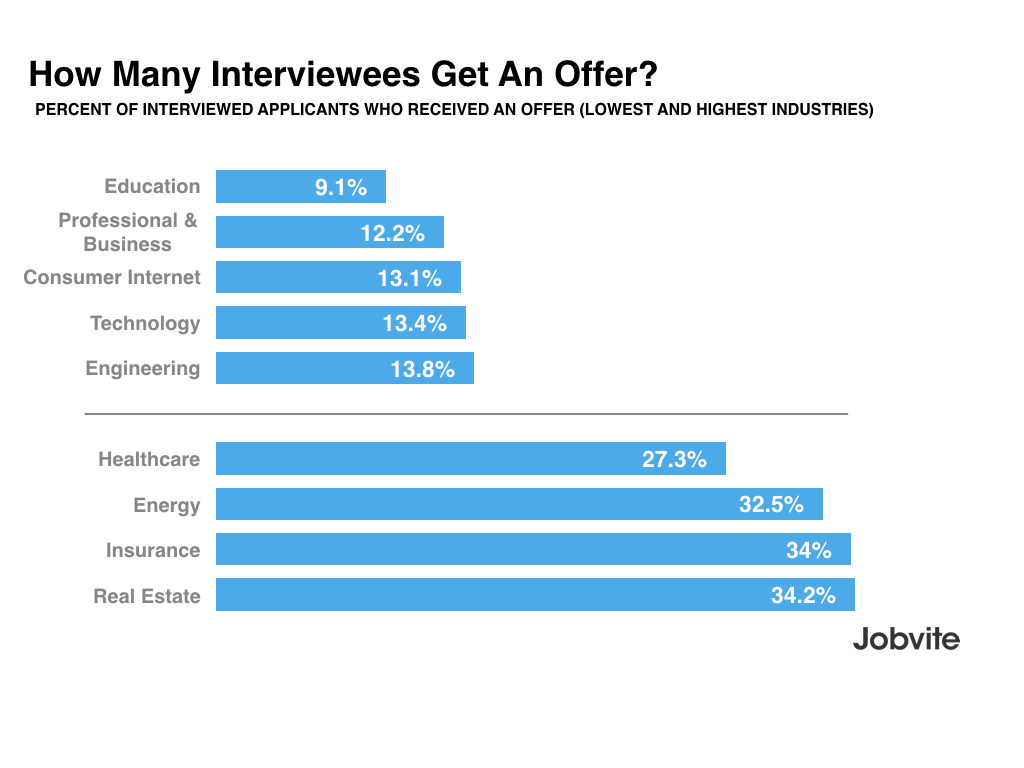 In the less competitive real estate and insurance industries, landing an interview means your odds of getting the job are more than 1 in 3.
As you climb the ladder, the interview becomes more important and your intangibles matter more than your resumé alone. It’s not surprising, then, that C-suite candidates go through 5 interview sessions on average, two more than the average assistant or associate.
On average, it takes just under 28 days from application to hire, and if you’re aiming for the highest jobs, be prepared to put in extra time. 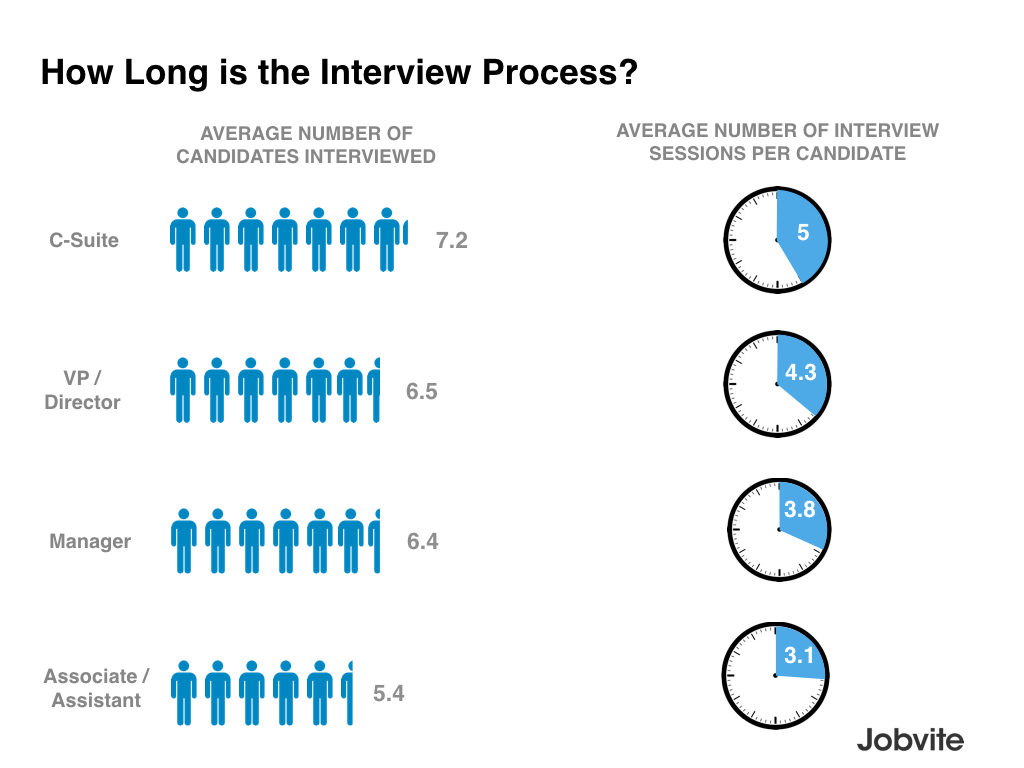 Tips and Tricks: 78% of recruiters cite enthusiasm as most likely to influence a hiring decision after an initial in-person interview, followed by a good command of the job requirements (76%) and conversation skills (73%).

So what does 2017 have in store? These are the fastest growing industries over the last three years in terms of jobs created, according to Jobvite data: 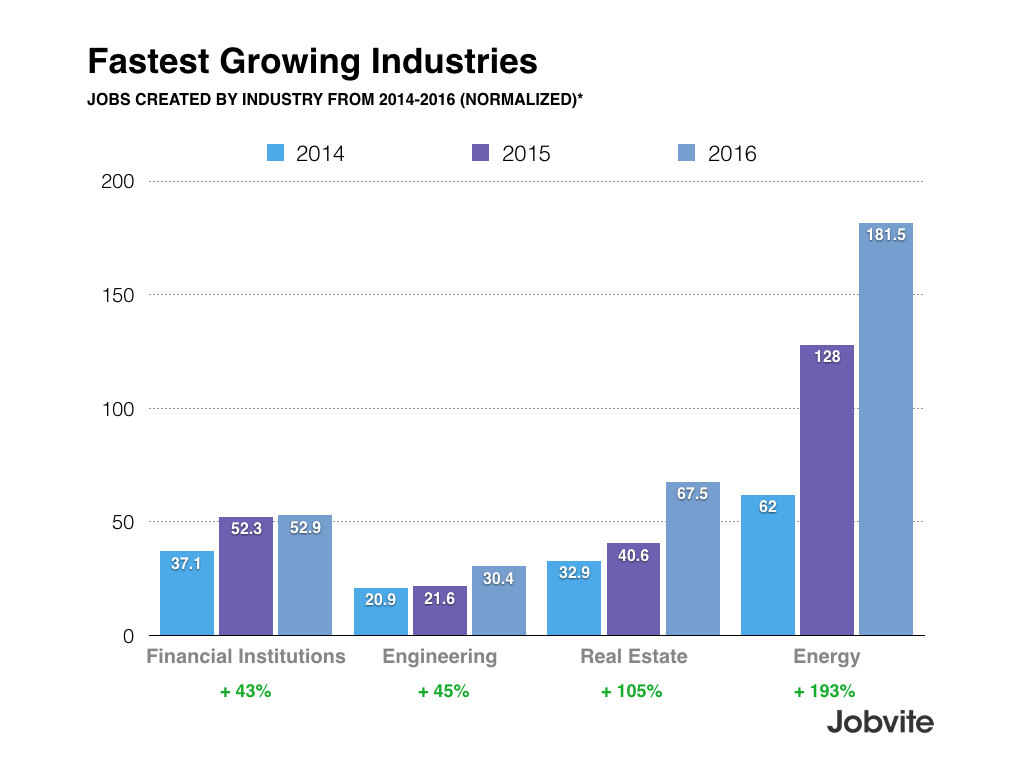 The energy and real estate industries respectively tripled and doubled jobs created between 2014 and 2016. Engineering and finance enjoyed more modest but still substantial growth, over 40%.

Two of the most in-demand jobs at the world’s biggest companies are experts in data science and artificial intelligence, fields that skyrocketed in importance over the past two years. Data analysis is now essential for companies of all sizes, and AI is incorporated in everything from factory work to finance.

The Harvard Business Review proclaimed data scientists were the “sexiest jobs of the 21st century,” but AI may now have taken the title.

Every job seeker has different goals. Getting your foot in the door can be tough no matter your industry, with over 70 applicants sending in resumes for consumer internet, media, and technology positions. Once there, offers are still few and far between — but if you’re looking toward a less-competitive path, odds of snagging an offer after an interview in energy, real estate, and insurance industries are greater than 1 in 3.

Whether you’re aiming for in-demand fields or the road less traveled, the best methods remain the same. Build your network for referrals, let your resumé speak for itself, and approach each interview with patience and enthusiasm – especially for higher-ranked positions.

About the Jobvite Job Seeker Database