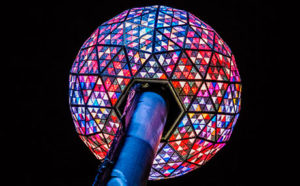 Every year it bemuses me to see just how many articles are published predicting the future of recruitment. They always appear around this time of year too. It’s as though the transition from one year to the next is going to somehow miraculously produce a seismic shift in the way that recruiters operate. Of course it’s not.

What I find more compelling is to look at the pain points and undeniable trends we can see in the market right now – and then project forward what these mean recruiters will be most anxious to address in the coming year.

From the conversations I’m having with recruiters and recruiting leaders around the world, three things stand out as issues that our industry will be desperate to address in 2016:

The first major concern for recruiters is undoubtedly the issue of converting mobile job seekers into actual applicants. For a number of years now, it’s been predicted that there would come a time when more job seeking activity would take place from a mobile device than from a desktop computer. In many Western countries that moment is now upon us. But while there has been much focus on producing career sites that render well on a mobile device, there has not been nearly as much focus on actually ensuring those candidates convert into actual applicants.

With traffic from both Google and social media increasingly being of the mobile variety, it has become an absolute business priority to ensure that candidates are not lost once they have browsed to a careers page, because there is no simple “Mobile Apply” option on the site. Companies that have addressed this are seeing far higher application rates from mobile candidates and this is a competitive recruiting advantage that other companies simply cannot afford to leave unaddressed.

Expect the coming year to see “Mobile Apply” become one of the most pressing projects that recruiting teams want to have addressed.

2. Increasing competition on social media demands investment to stand out

A second issue that recruiters have really been waking up to this last year is the rising competition to attract and engage with candidates on social media. Those of you who rely heavily on LinkedIn have of course been afflicted by this for at least a couple of years. Who hasn’t seen that the volume of InMails you need to send to generate adequate response has inexorably risen over the last years?! This is nothing more than the law of diminishing returns and we can expect to see exactly the same phenomena play out across social media in 2016.

If we look back over just the last year, there has been a major hike in the $$ recruiters must pay to promote their social media pages to candidates or to produce clicks to their careers pages. This is simply history repeating itself. Go back to the earliest days of job boards and recruiters became used to attracting significant volumes of shortlist candidates for a very modest spend. But as more and more recruiters started to post job adverts, the results per job posting declined. This is simple supply and demand – and the same effect is now in play on social media.

Collectively we are sharing far more content on social media. There are far more social profiles out there vying for our attention. There are far more companies and recruiting teams bidding up the cost of social media advertising. So it’s quite clear to me that 2016 will be the year when recruiters really have to up their game if they want to be the real winners on social media rather than the also-rans. Doing an average job with your social media presence is increasingly not going to cut it – and will become more and more of a pain point for recruiters over the coming year.

Whether it’s video interviewing as offered by Jobvite, or videos to engage and attract candidates, I’m increasingly hearing companies talking about video technologies in a different way. For what seems like an age, recruiting teams looked at video technologies as an opportunity for cost savings. “Why not interview candidates by video and we can save the full expense and time of doing first round interviews face-to-face. Produce a recruitment video and we can woo candidates without the need to invest too much of our time.”

My perception these last few months is that the thinking here has progressed significantly. When we talk about video interviewing technologies, we’re now hearing recruiting teams talk about how they can be used to improve the candidate experience and make them more likely to join the business. We hear how these technologies can accelerate the hiring process so that time to hire can be reduced and the best candidates can be won over before the competition have had the chance to react. Recruiters are thinking far more proactively about the positive impact this technology can have on their ability to hire, rather than thinking purely in terms of a cost saving.

The same is true with using videos to attract and engage with candidates. Increasingly companies are looking to create engaging video content to attract candidates. They’re looking to inform candidates about their company throughout the hiring process. Even congratulate them and welcome them into the business once a job offer has been made. Again the focus has switched to the positive impact video can have on hiring effectiveness, rather than the simple cost savings that it can bring. Just as with the other two crunch issues, there’s scope here for recruiting teams to gain more than just an edge over their competitors – and so I expect this topic to be centre stage in 2016 too.

The one danger with writing a post like this is that no two recruiting challenges are the same. Across our industry I expect these 3 issues to be the ones troubling recruiters the most – and offering the greatest opportunity to really gain an advantage over competitors. But whenever you read a post like this, be sure to think in terms of your own industry, geography and target candidate pool. There may be very valid reasons why one of these doesn’t apply in your particular situation – or why one of these is a far more pressing concern than the others.

I hope this positions you to have a really successful 2016.

Tony Restell is the Founder of Social-Hire.com and helps candidates and recruiters leverage social media. You can find Tony on Twitter; or join him on one of his forthcoming webinars where he’ll walk you step by step through the processes he uses to get results for recruiting teams on social media.

« A Few of My Favorite Things… Candidate Centric View Has Arrived »