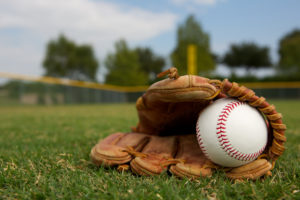 Recruiting gets compared to many disciplines: sales, for one; college admissions; gatekeepers; the faces of a company. While recruiting is actually a very nuanced industry, it touches many different kinds of tasks.

But one comparison I hadn’t heard before was recruiting and baseball. On the surface, these two seemingly disparate fields don’t seem to have a ton in common. But after listening to a talk from Intuit’s VP of Talent Acquisition Nick Mailey at Jobvite’s Recruiter Nation Live, I’m now a firm believer that recruiting and baseball are essentially the same thing. Here’s what the two have in common.

In baseball, repeatedly successful teams like the New York Yankees or the San Francisco Giants often have an influx of top talent. Of course, when you win more and more, you likely have more money to invest in top talent. But you also have the kind of well-known brand that good players want to align themselves with. The same goes for recruiting — the more successful Facebook and Google become, the easier it is to attract folks to their ranks. That just means that underdog teams need to be scrappier about how they recruit talent (and so do companies). Culture, customers, perks — they all work wonders at selling.

Baseball announcers and spectators love to dwell on RBI stats and batting average. Don’t get me wrong — an appreciation for numbers is crucial to placing players where they’ll be most successful. But those are just vanity metrics, based on an entire career average (much like time-to-hire or cost-per-hire from previous quarters). Of course these are important to understand, but even more crucial metrics lie in what happens after an employee joins your organization. Did productivity rise or drop? Did they contribute to the success of a major sale or project? What happens after you’ve implemented new talent is what’s key.

In the famous movie Moneyball about the success of the Oakland A’s in the 1990’s, analyst Peter Brand says the above quote to Billy Bean. What he means is — a team is no greater than the sum of its parts, and the same could very much be said for a company. While hiring the all-star programmer or communications pro is certainly a major victory, it’s not all that matters when mapping out your hiring targets for the next year. That “purple squirrel” needs to get along with a team, to work well and collaborate with others, and to fit into the office culture that you’ve worked so hard to build. That’s the true measure of team success.

Ok, so it’s not like baseball and recruiting are the exact same pastime — but there’s much to learn from America’s favorite game that we can apply to recruiting. So step up to the plate and use this insight to fuel your hiring efforts going forward — you could get a home run.