As the economy wavers, job seekers are caught in the middle. In our 7th annual report, we find that job seekers are feeling their way through the thicket. 74% of employees are open to a new job - despite the fact that many of them are satisfied in their current one! They’re concerned in the short term (39% say it’s harder to find a job than the year before), but optimistic (44%) in the long run.

In an election year, understanding the perspective of job seekers is more important than ever, and this report delves deep into their attitudes, and the reality of work today.

Job Seekers Today Are on the Cusp of Monumental Change

In the midst of a growing gig economy, the threat of job automation, and electoral shifts, 44% of job seekers are optimistic for what’s to come.

Job seekers have mixed feelings about the job market — but most are always open to the prospect of a new job.

Social media is a powerful tool in the job search, and Facebook has the upper hand.

From healthcare to parental leave, we find mixed reports on perks and benefits.

What’s to come? Gig-type jobs are growing. There’s concern about job automation, but most are hopeful.

Despite larger trends taking shape, job seekers report similar attitudes toward their jobs, new opportunities, and the job market as a whole year over year.
Satisfaction: 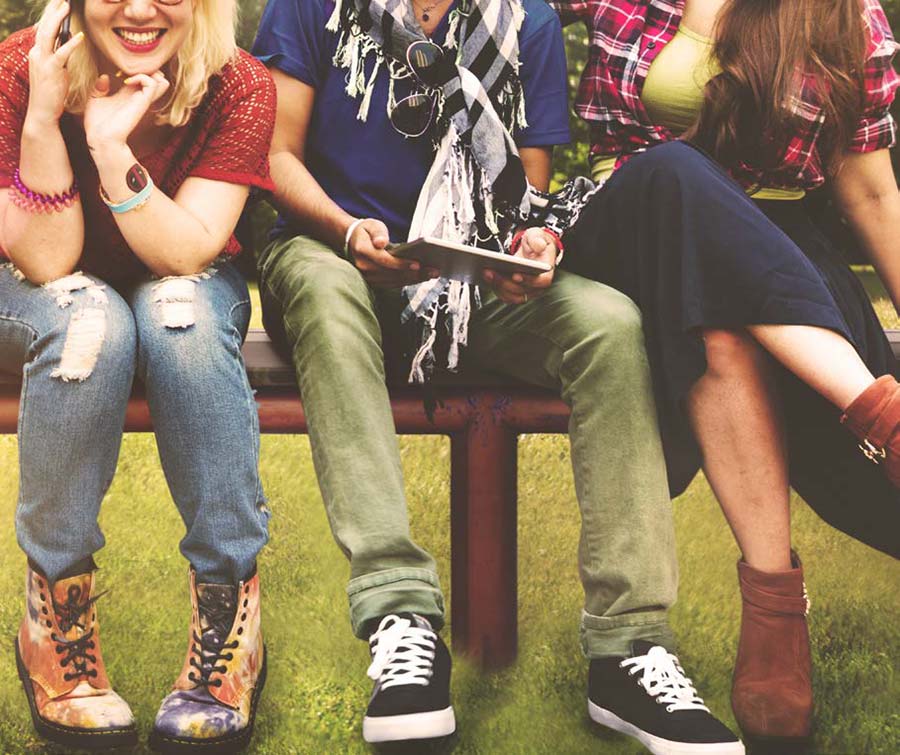 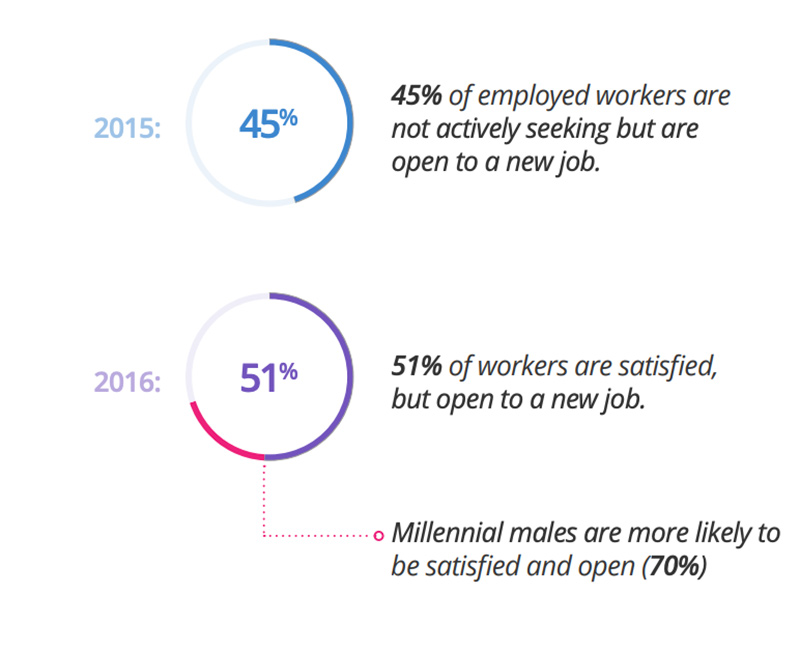 20% have a neutral attitude toward their job, and only a small percentage (6%) describe themselves as dissatisfied. 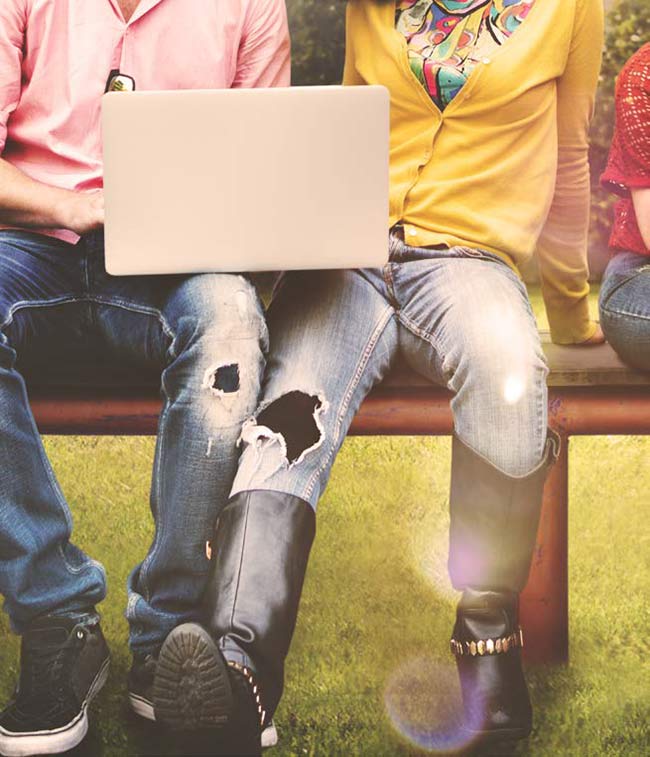 Bouncing between jobs is the new normal. Between 34% and 35% of all job seekers have reported that they change jobs after one to five years in the past three surveys.

As the economy ebbs and flows, so does perspective on how hard the prior year has been for job seekers.

A Job for Life? Depends on Who You Ask

Millennials are more likely to keep their options open, changing jobs more frequently than most.

How often do people change jobs?

Certain groups are more likely to hop around every 1-3 years:

Certain groups are more likely to stay at a job for more than 10 years:

Finding a Job in Today’s World

When searching for the perfect job, referrals and compensation reign supreme.

When looking for new opportunities, this is what job seekers value most:

What makes the biggest impact in your impression of a job? 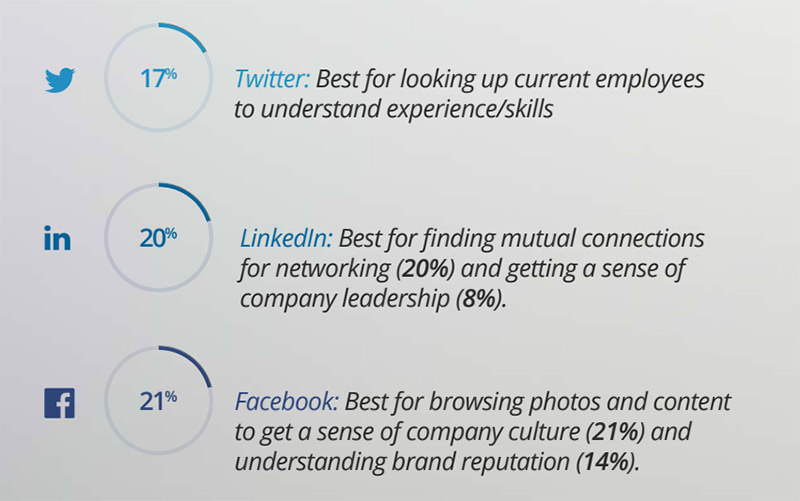 48% used social in the search for their most recent job.

A window into company culture:

59% used social media to research the company culture of organizations they were interested in.

Different channels are more successful for certain activities than others:

Still, there’s one crucial mismatch — job seekers are on Facebook, while recruiters are on LinkedIn:

Jobvite’s 2015 Recruiter Nation report revealed that 92% of recruiters are using social media in their outreach. Job seekers are aware, and are becoming more careful about what their profiles reveal: 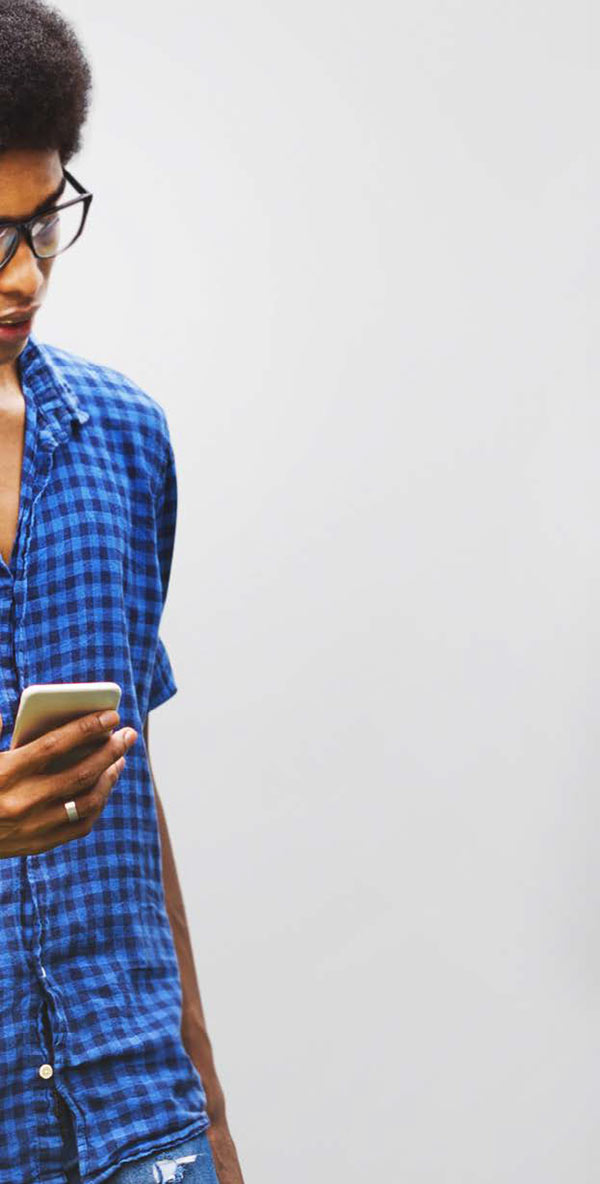 Mobile is Here to Stay

Job seekers search for new jobs in bed, while dining out, and even at the office.

Using mobile devices in the job search is steadily increasing — across social media channels, the use of mobile for job-seeking activity has only increased recently.

Searching for a job: 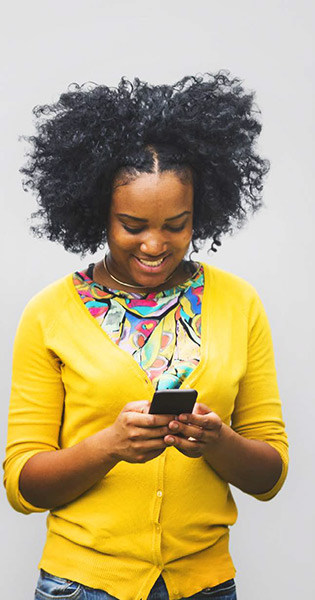 People who use their phones to look for a job are comfortable doing so anywhere, anytime!

Perks Are More than Just the Snack Cabinet

Healthcare is most common, but still less than half of job seekers report receiving it.

What benefits do employees have? 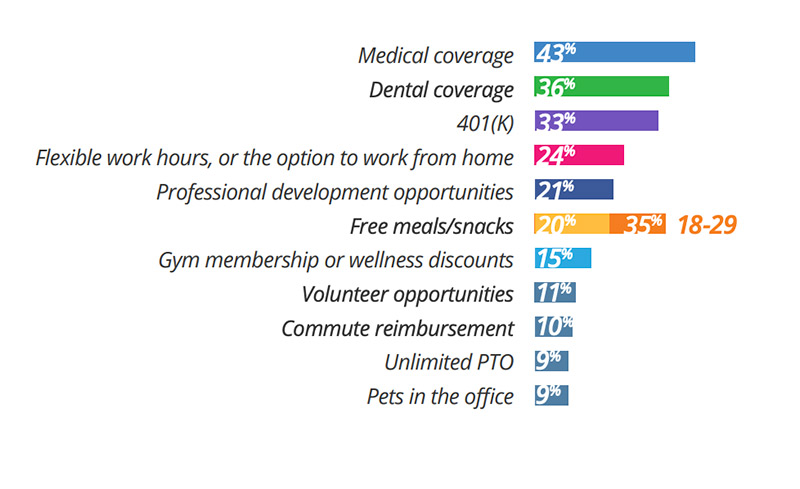 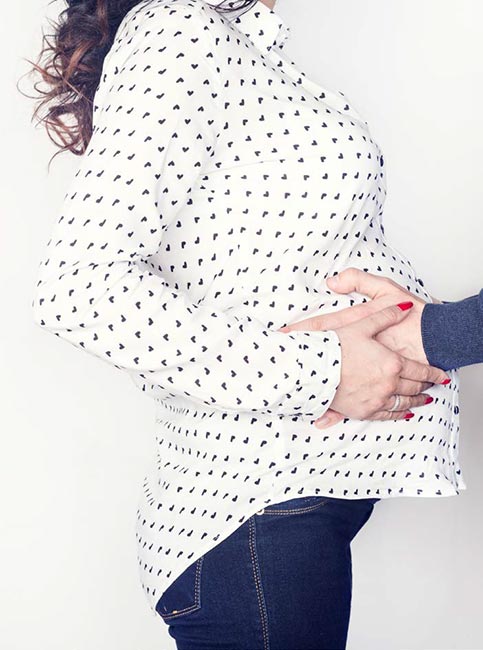 Balancing Work and Family: the State of Parental Leave

Over half of parents — of both genders — took no time off after having children.

56% of job seekers that have children have never taken parental leave:

However, younger women and men with children are much more likely to have reported taking parental leave than previous generations:

The vast majority (87%) of those who took parental leave took less than 12 weeks off. 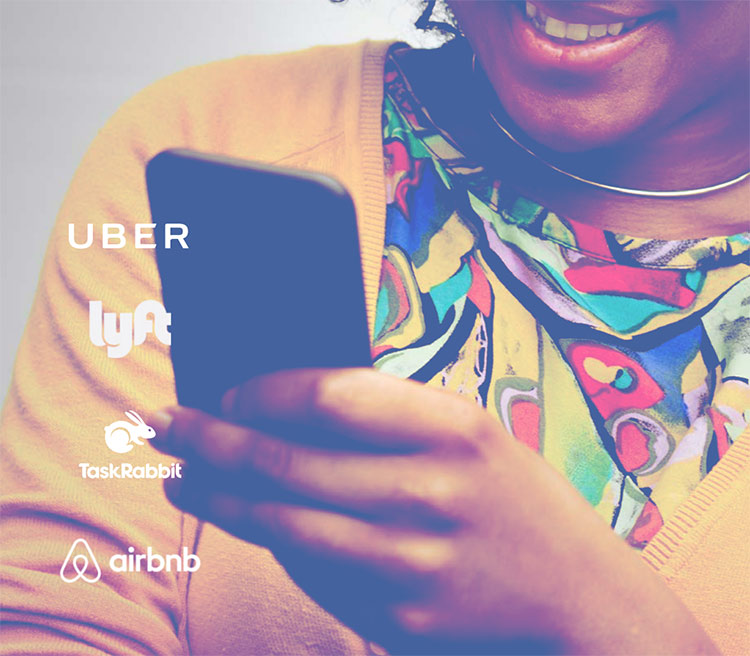 The “Gig Economy” is Gaining Momentum

Almost a fifth of all respondents have held a gig-type job. 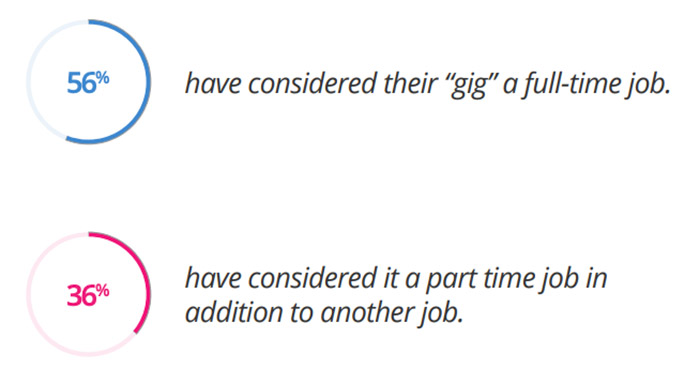 Job Seekers and the Presidential Election

With an election on the horizon, here’s how job seekers are leaning. 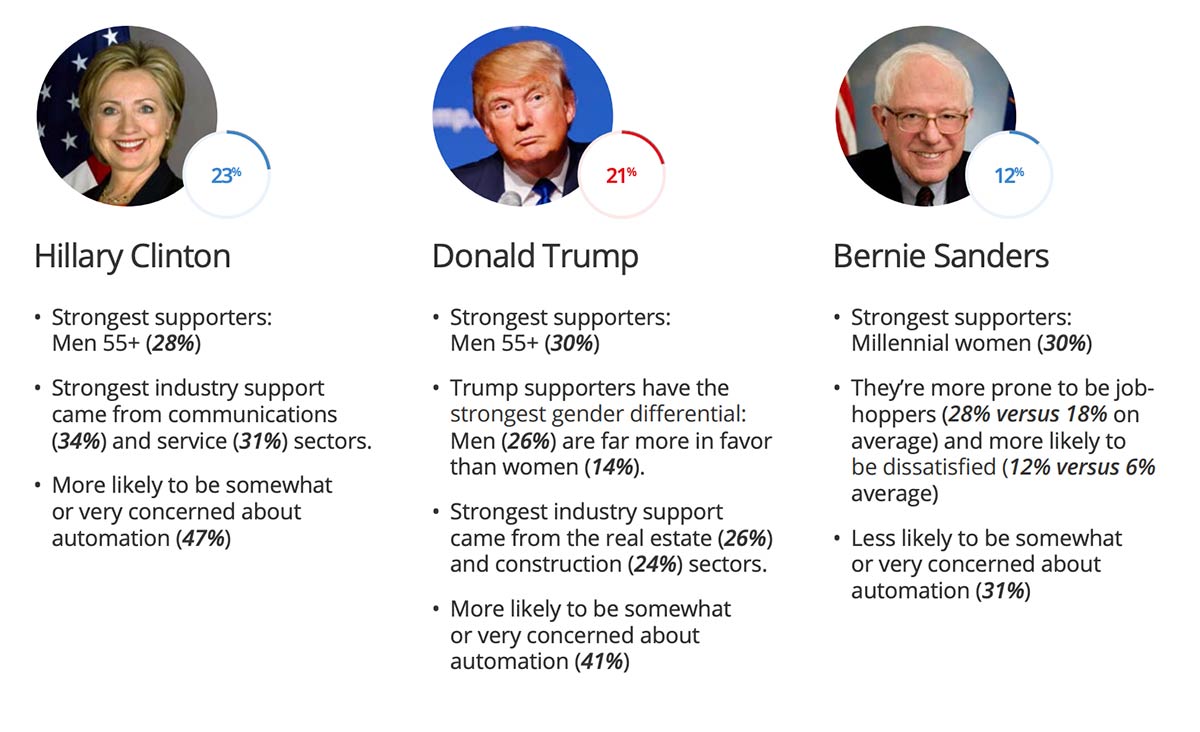 Among women, Hillary Clinton was the top choice (23%), while Donald Trump received the highest vote share among men (26%).

Will Robots Take Our Jobs?

39% of job seekers are somewhat or very concerned about job obsolescence.

How concerned are you that your job will be automated, outsourced, or otherwise made obsolete in the next five years?

These groups are more likely to be somewhat or very concerned: 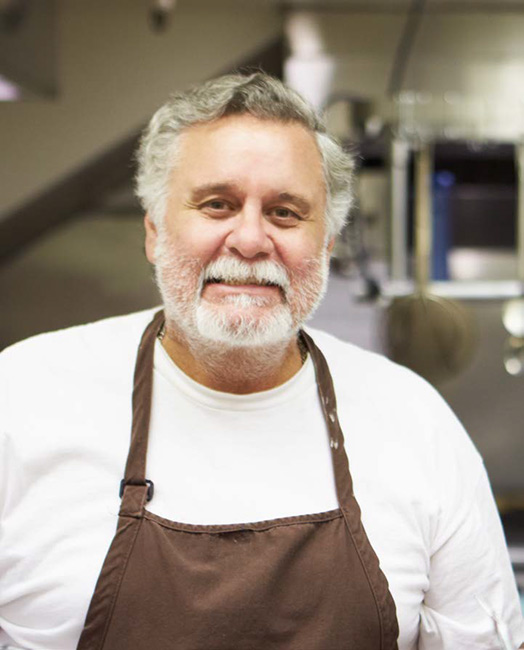 A Study in Contrasts

Optimistic millennials act their age, men are more boastful, and income and education have a big impact on job-seeking styles.

Are Job Seekers Optimistic or Pessimistic About their Job Prospects?

The job landscape is shifting, but people remain optimistic.

Are you optimistic or pessimistic about finding a job that fits your skills/experience and/or pays well in the future? 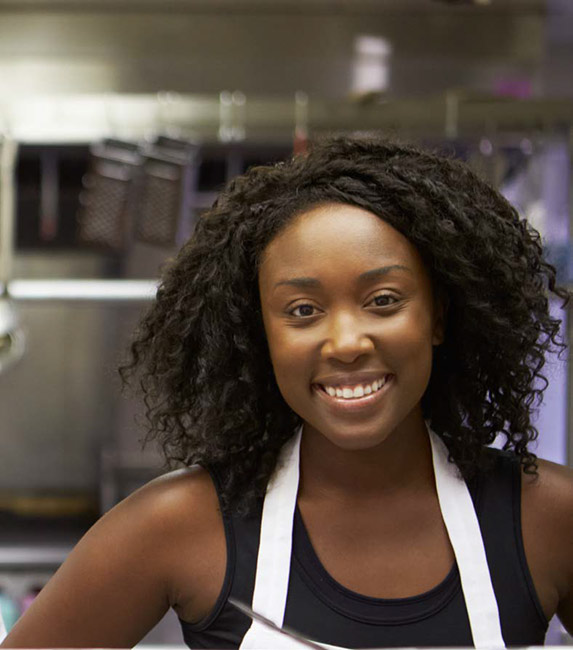 On behalf of Jobvite, the polling company, Inc., conducted a nationwide online omnibus survey of 2,305 adults (aged 18+), of whom 1,386 were participants in the U.S. labor force. Participants were screened based on their employment situation and attitude toward future career opportunities. The survey included questions on current employment status and the use of social networks and mobile devices to find job opportunities. The survey was fielded February 5-8, 2016. Respondents for this survey were selected from an opt-in panel, and had expressed prior consent to participate in online surveys. Data was weighted so the demographics of this audience closely match the nationwide population of adults (age 18+) with respect to gender, age, and region.