In a Competitive Hiring Market, Recruiters are Facing a Talent Shortage

of recruiters cite a lack of skilled candidates in the market as the largest obstacle to hiring.

Talent is the lifeblood of every organization. But quality, skilled employees are hard to come by in today’s market — meaning that recruiters are being forced to evolve how they think about recruiting.

This year’s study closely examines large-scale trends, recruiting challenges, and job seeker behaviors that reveal the landscape of the recruiting industry for so many. The findings indicate how the job market is changing, exactly how that is influencing the way recruiters do what they do best, and what these factors mean for job seekers today.

The market is healthy — meaning more hiring for more companies.

To hire the best people, recruiters are changing their ways.

Job seekers aren’t off the hook, though — especially when it comes to soft skills and social media. 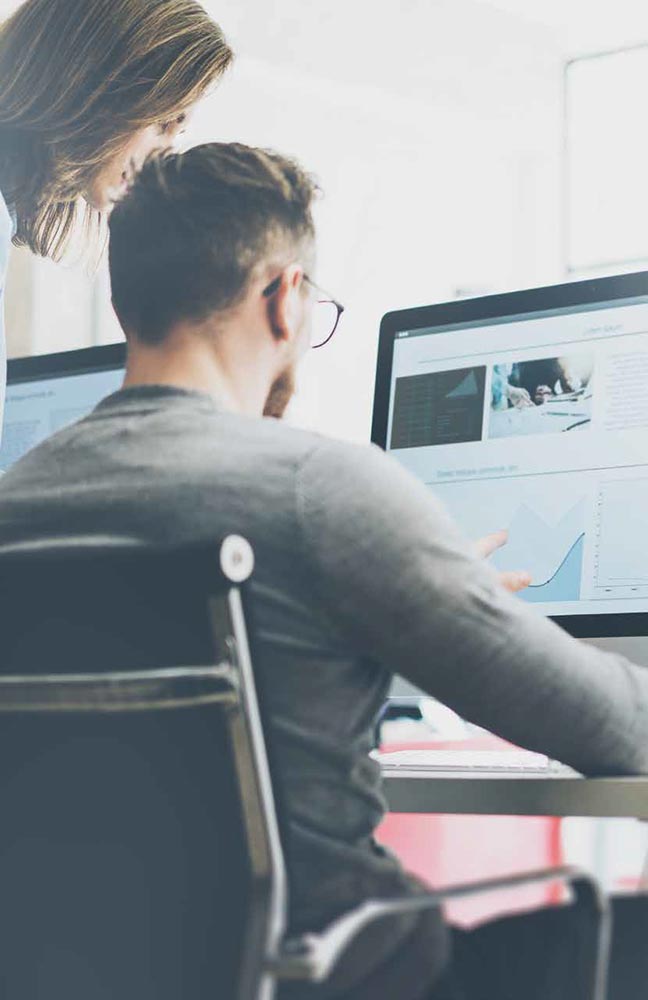 The State of the Job Market

Hiring is Still Strong — For Now

69% of recruiters reported that their company’s hiring has increased in the past year, especially in healthcare (76%), retail (75%), and finance (72%).

86% of recruiters don’t anticipate their companies making layoffs in the next 12 months.

35% of recruiters anticipate filling over 100 job openings this year, compared to last year’s 26%. 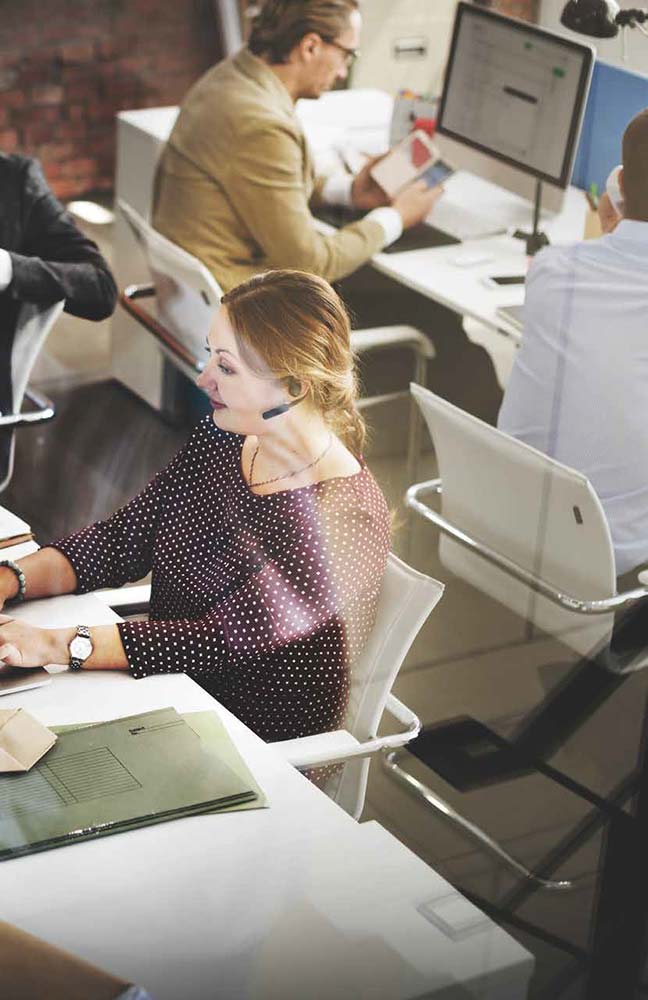 Anxiety About Automation is Exaggerated

69% of job seekers are at least somewhat concerned about job obsolescence.

But only 10% of recruiters say their companies plan to automate jobs in the next 2-3 years, compared with almost 25% in 2015.

Some industries are more fearful than others, though — recruiters in transportation (19%) and retail (18%) were more inclined to predict job replacement than any other industry.

But only 9% of tech/software recruiters answered in the affirmative.

Staying consistent, both in 2015 and 2016, 95% of recruiters say hiring will be as or more competitive in the coming year.

Across the country, recruiters are going against each other for the best of the best. Recruiters in these regions believe competition will remain as or more competitive next year: 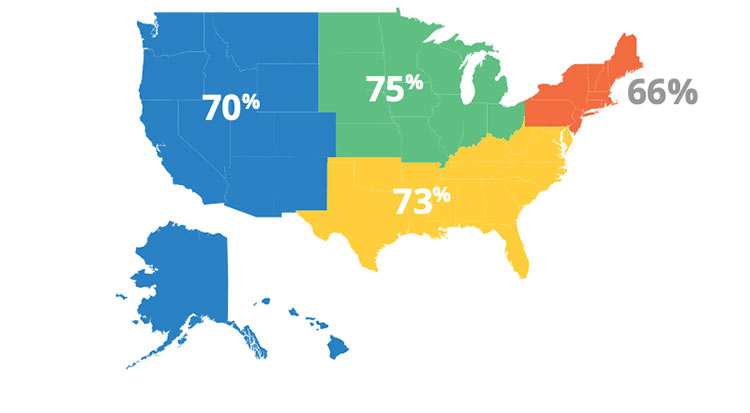 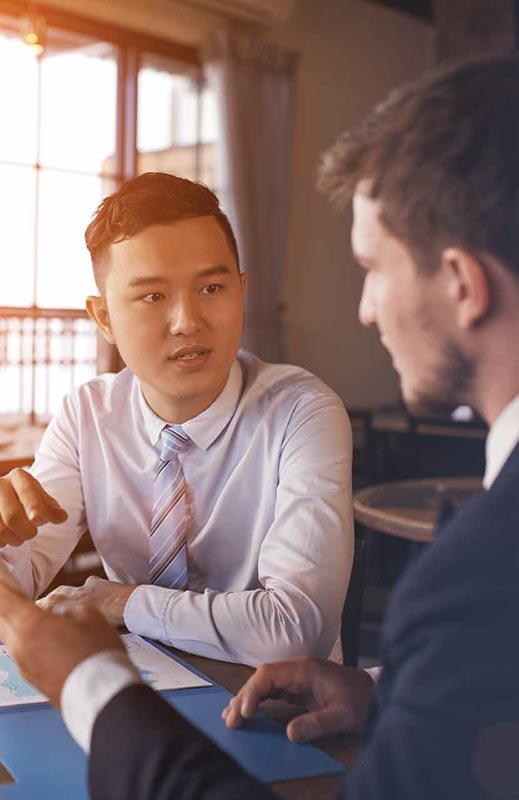 Salary Negotiation is Now the Norm

We know money trumps all — 43% of job seekers cited compensation as the primary factor in leaving a company last year, according to Job Seeker Nation 2016 (JSN)

Candidates are feeling more confident — 58% of recruiters report that prospective employees were more likely than last year to negotiate for increased salaries.

Especially in: Technology and healthcare (60%) and those in the West and Midwest (61%).

Ask and you shall receive (most of the time) — 68% of companies have increased the average salary offer for candidates in the last year, particularly in industries like hospitality (83%), telecommunications (80%), and software (73%). 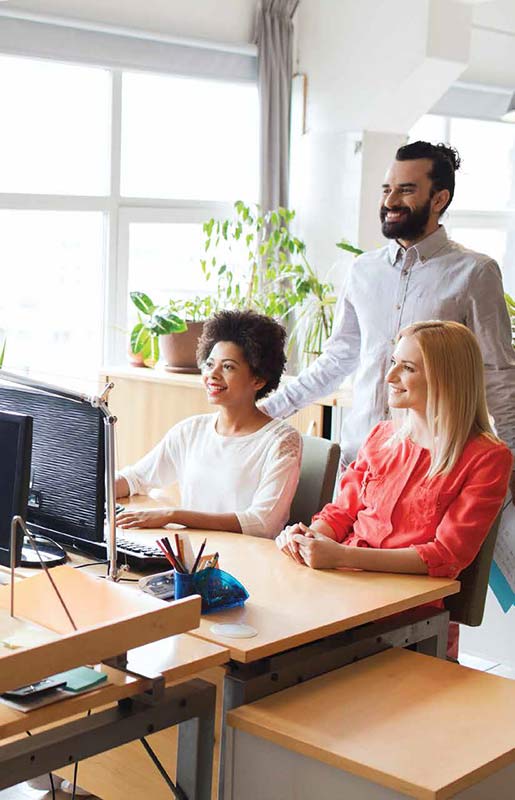 But the Gender Pay Gap Is Alive and Well

Depending on who you ask, women and men are paid unequally. 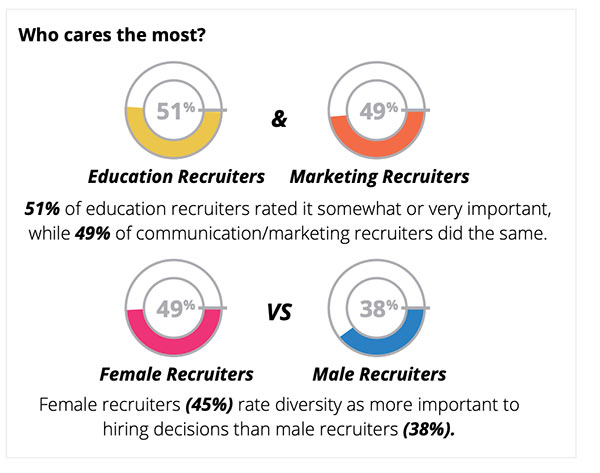 According to recruiters, 43% of them rated diversity as somewhat or very important when making a hiring decision. But 40% of them were neutral about diversity and its influence. 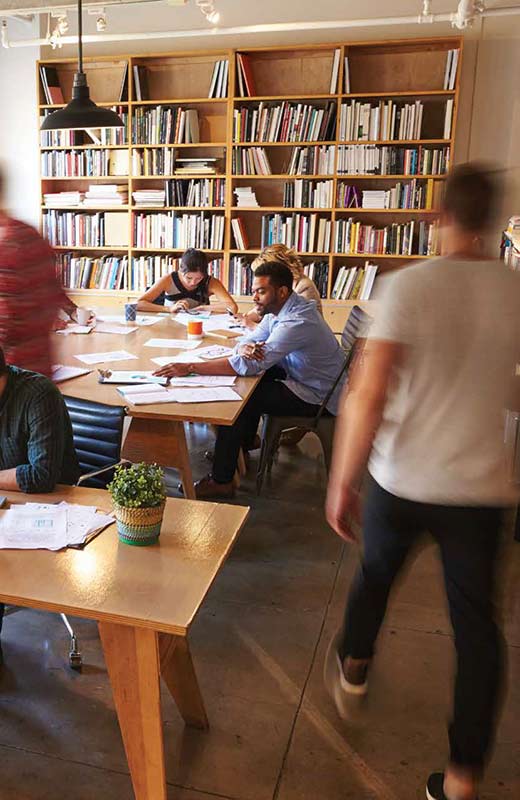 Culture is More Than Just a Buzzword

60% of recruiters rate culture fit of high importance when making a hiring decision — topped only by (you guessed it) previous job experience (67%).

51% of recruiters plan to increase efforts in branding their employee culture in the coming 12 months.

Welcome to the Era of Employment Branding

With the deck stacked against them, recruiters are turning to new methods to find, evaluate, and reach talent.

51% of recruiters say that employee branding is the number one investment that they will increase in the next year. 50% of recruiters cite social media as a close second.

A Good Candidate is Hard to Find

This year, recruiters are most focused on growing talent pipelines (57%) and the quality of their hires (56%).

According to 65% of recruiters, a lack of skilled candidates in the market remains the largest obstacle to hiring, especially in hospitality (80%). This is an increase from 56% in 2015 and roughly in line with 69% in 2014.

The Best Talent Comes From Within

Internal hires (38%) are ranked highest quality by recruiters — followed closely by employee referrals (34%). Outside agencies were said to provide some of the worst (7%).

But you still have to pay for quality referrals — 64% of recruiters report awarding monetary bonuses to incentivize referrals in their organizations. Plus, 45% plan on increasing their investment in referrals this year, compared to 41% last year.

59% of job seekers use social media to research the company culture of organizations they are interested in (JSN) — so recruiters are in the right place. The overwhelming majority (87%) of recruiters find LinkedIn most effective when vetting candidates during the hiring process — especially those under 45 (90%). 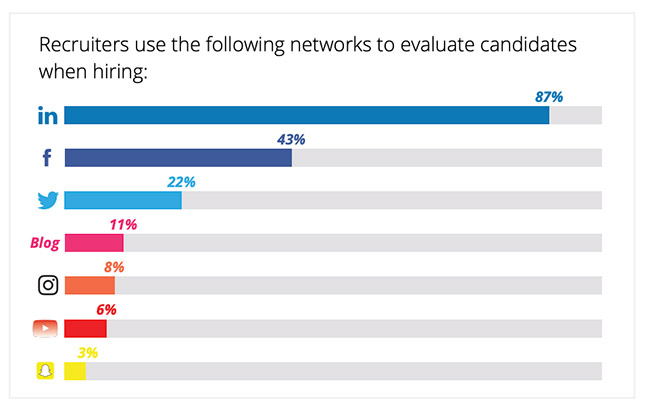 Heads up recruiters — Facebook is where it’s at for social job seekers. 67% of them use Facebook in their job search (JSN).

Job Seekers Are Using Mobile to Job Hunt — but Recruiters are M.I.A.

Where are mobile job seekers looking? 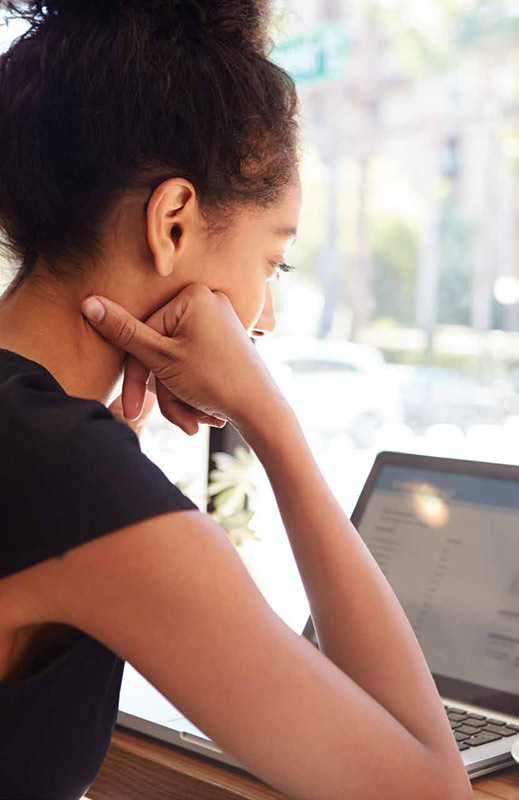 But modern perks don’t hurt. Some things never change — 78% say medical/dental coverage is most effective at attracting new candidates, and 65% report that offering a 401(K) helps.

To stand out, though, try a little something extra — 44% of recruiters report that flexible work hours and casual dress code also appeal to employees.

What Job Seekers Need to Know

“We’ll Keep Your Resume on File” Actually Means Something

59% of recruiters report keeping in touch with candidates who have expressed interest in their organizations. 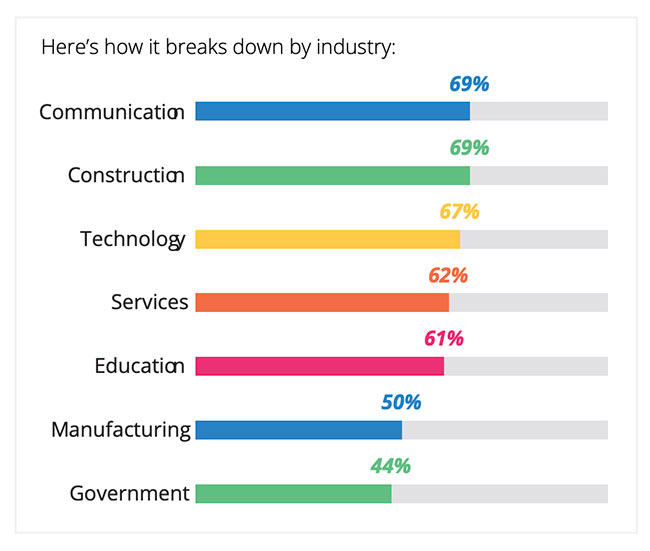 78% of recruiters cite enthusiasm as most likely to influence a hiring decision after an initial in-person interview, followed by command of requirements (76%) and conversation skills (73%). When deciding whether a candidate is a cultural fit, 83% of recruiters consider communication style most important.

Watch Out — Your Appearance Could Sway Recruiters

Almost half (41%) of recruiters believe that seeing a picture of a candidate before meeting them influences their first impression. In-person looks matter too — 46% of recruiters report that appearance influences hiring decisions during the initial in-person interview. 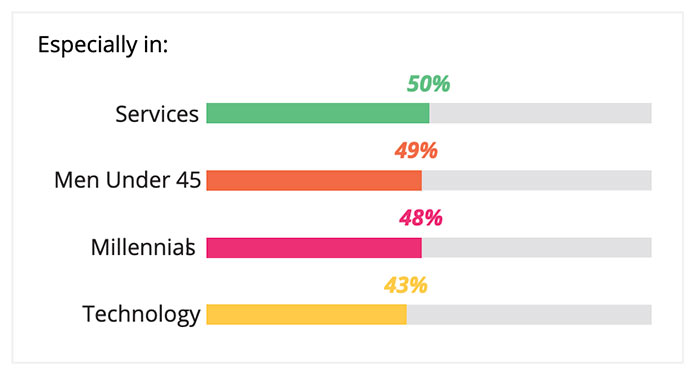 Recruiters Can Be Biased — Make It Work for You

Dressing “too casually” impacts hiring decisions for 62% of recruiters, especially in real estate (79%) and finance (78%).

Recruiters have sensitive noses, so pop a mint — or take a shower. These smells turn them off:

Recruiters Are Social Stalkers, Too

When asked what job seekers lie about, three quarters (75%) of recruiters state that candidates are most likely to inflate their job experience during the hiring process.

What else do they lie about?

9% of recruiters say they would have a reaction toward candidates’ political affiliation on social media — but recruiters are 64% more likely to bias a Donald Trump supporter vs. a Hillary Clinton supporter this year.

11% of recruiters say that finding out a candidate was voting for Donald Trump would bias their decision to move forward with them in the hiring process — especially those in education (19%) and technology (14%) and among millennials (16%). 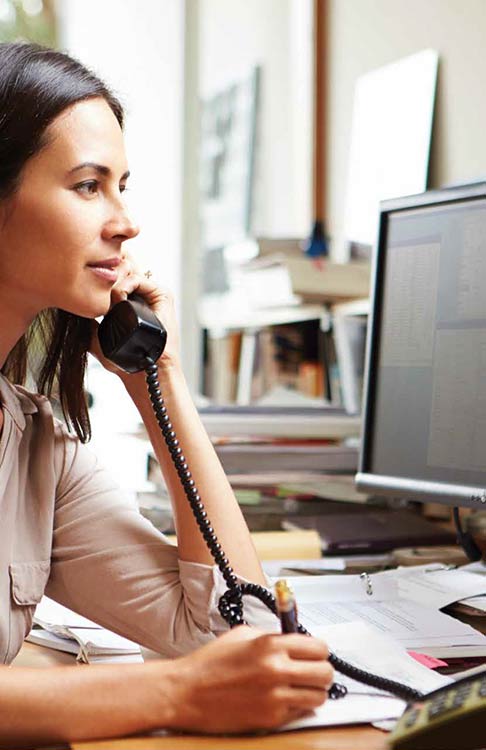 The Job of the Modern Recruiter

Recruiters Care More About What Happens After the Hire

While classic metrics like time-to-hire and cost-perhire are still on their radar, recruiters know they’re successful when talent performs — and stays.

The following are the most valuable success metrics for recruiters today: 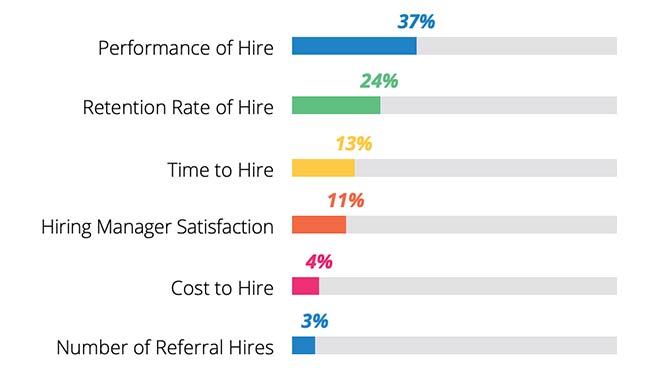 Where Recruiters Are Investing

Company career websites were considered the most essential item in recruiters’ budgets this year — and outside agencies were the least. Here’s how recruiters ranked their top priorities for investment: 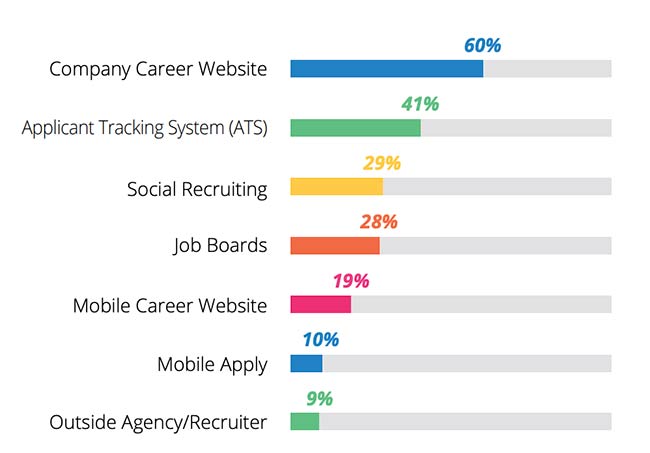 72% of recruiters surveyed are involved in integrating new hires into the company. But 41% of them are stuck in the days of spreadsheets and email to do so, and only 27% have a dedicated onboarding solution. That involvement, though, is limited. 42% spend 8 or less hours training the new employee. 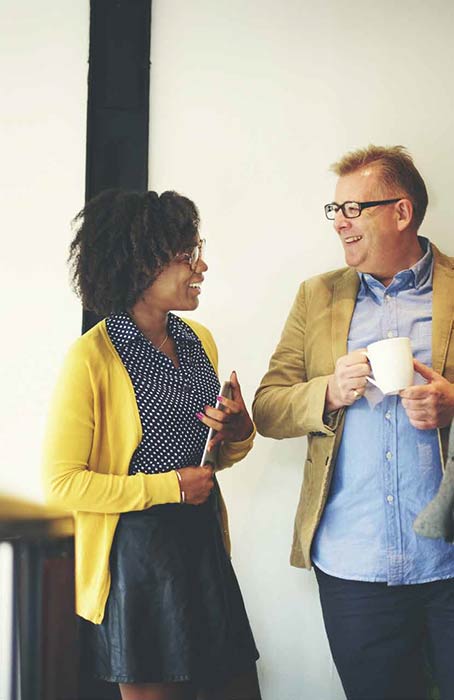 Hiring Managers Sometimes Get in the Way of Recruiting Progress

But Despite the Odds, Today’s Recruiters Feel Valued

Clearly, recruiters have a big job. Between building an employee brand, working with hiring managers, onboarding new talent, and searching far and wide for the next best candidate, they work hard to build quality teams for their companies. But despite all the odds, almost all (93%) of recruiters feel their position has value in their organizations — as they should.