The 2021 Recruiter Nation Report is Here!

Things not working out at your current job? Don’t sweat it—it happens to everyone at some point. Maybe your salary is stagnant, or you don’t get along with your boss. Maybe the daily grind just bores you, and you landed something more engaging elsewhere. Whatever the reason, there comes a time when every employee must bid farewell. And while you might be tempted to write “I QUIT” on a paper airplane and send it soaring into your manager’s office, you’ve got to restrain yourself.

Why? Because the next gig might fizzle too, and you could be out pounding the pavement again sooner than you think. Only relationships endure, for better or for worse. That’s why referrals account for almost 40% of all hires. And that’s why—no matter what’s gone down at the workplace you’re leaving behind—you need to make your exit in the most gracious, forward-looking way possible.

The following eBook outlines a few common and potentially hazardous mistakes people make when quitting their jobs. See how these errors may jeopardize your future—and learn why giving notice appropriately might be your ticket to getting ahead down the road. 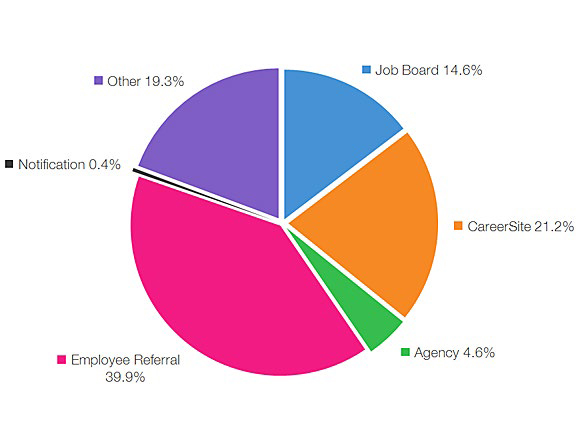 If you’re unhappy in your current work environment, and you have someplace better to go, it’s tempting to reveal your news and run. Rip it off quickly, like a Band-Aid, right? Wrong. Assuming you are a skilled worker who bears worthwhile responsibilities, you likely have unfinished business you will leave behind—and while you can’t stay indefinitely to complete everything on your plate, you need to honor some commitments.

Mistake 2. The lying liar who lies

Pretending to quit may sound like a great idea. Whether you jumped the gun and were positive you’d get an offer, or maybe you just hoped for a counteroffer, don’t give your boss a song and dance about leaving if it’s not the straight truth.

If you’re just feeling undervalued or afraid to divulge your real motives, resist the urge to lie.

We have all been in work situations where we felt let down, walked on, and underpaid. The older we get, the more we understand how to manage these situations appropriately—but no matter your age or experience, you’re bound to be faced with an incident that inspires you to throw down the gauntlet and dramatically storm out. Perhaps while making a speech.

We live in an era of social connectivity, where we share everything from pictures of breakfast to our political opinions on a daily basis. Announcing big life changes, like quitting, may seem like a justifiable announcement too, particularly if you are craving social support or vindication. Except that social statements are never really private.

If you’ve heard the country classic, “Take This Job and Shove It,” (or maybe its Dead Kennedys counterpart), you’ve likely been tempted to say it a time or two—particularly when you’re fed up with what you were doing, you have a new job secured, or you’ll be making more money. But bite your tongue. Sit on your hands. Remain calm.

No one wants to be a “quitter.” There’s a negative connotation to the word, an implication that people who quit aren’t up to a task and can’t perform well. But you can change that perception. If you are voluntarily leaving one job for another, do so positively. Show people that you can be optimistic about where you’re headed and appreciative of the investment others have made in you. You’ll be seen as a person who makes things happen, and a contact worth keeping.

For more information on job seekers, their needs, and the technology that brings them to the right employers, visit www.jobvite.com