What is one trait in an executive that indicates they are likely to succeed within the organization (or in life)?

To recognize outstanding executives, we asked CEOs, founders, and leaders in HR this question for their recommendations. From being adaptable to balancing ambition with a touch of realism, there are several attributes to look for when sourcing quality executives for open senior roles. 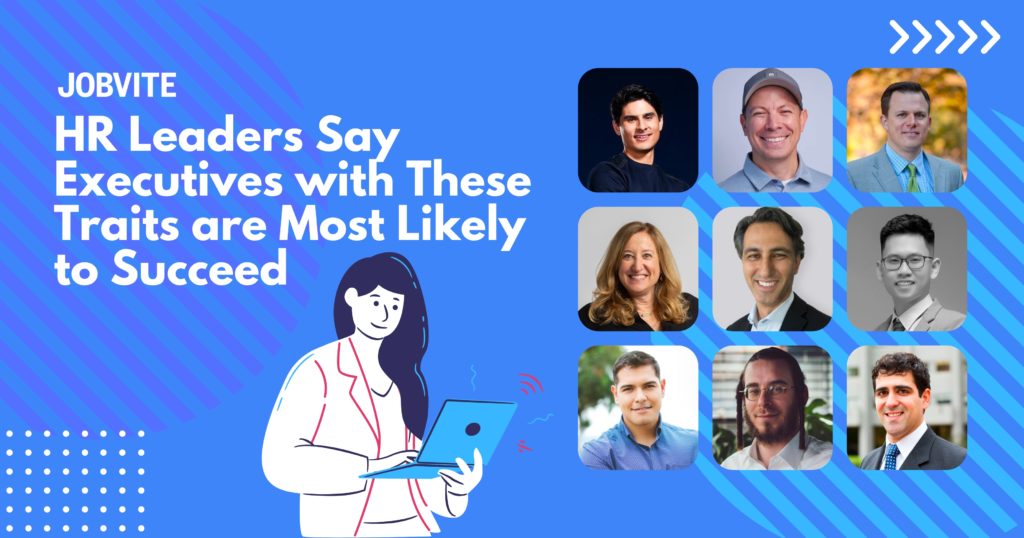 Here are 15 characteristics these leaders suggest are key indicators for a successful executive:

The Ability to Anticipate Change

The ability to expect change is one trait I look for in executives as proxies for how likely they are to succeed. The world is changing rapidly, and so is business.

Those who can adapt and create new ideas quickly will be better able to survive and thrive. At the same time, those who are set in their ways and are unwilling to change will probably fall behind or get left behind.

This ability often requires what the famed investor Howard Marks calls second-level thinking, the ability to look past the obvious and past the consensus to an array of outcomes. The thoughtful executive can assess how likely each outcome is and can plan for it accordingly.

Thinking as “We” Instead of “Me”

When speaking with an executive, you will hear some talk about “we” and others talk about “me” when they discuss wins or projects. No executive is successful alone — they have team members contributing as well.

If the executive doesn’t acknowledge that (or worse, even know it), then it’s unlikely they’ll be successful for long. Find leaders that recognize and appreciate the people that work for or with them.

Being self-aware is a clear sign you understand your strengths and areas where you may need improvement. It makes you more receptive to feedback and fosters a growth mindset, which is essential for any leader.

Beyond that, self-awareness tells me you might be empathetic. Empathy is crucial in the healthcare industry because we want to make clients feel valued and well-treated. A self-aware executive is more likely to propose steps that will benefit our clients and business without sacrificing one for the other. Overall, self-awareness adds another layer of trust to an executive position. 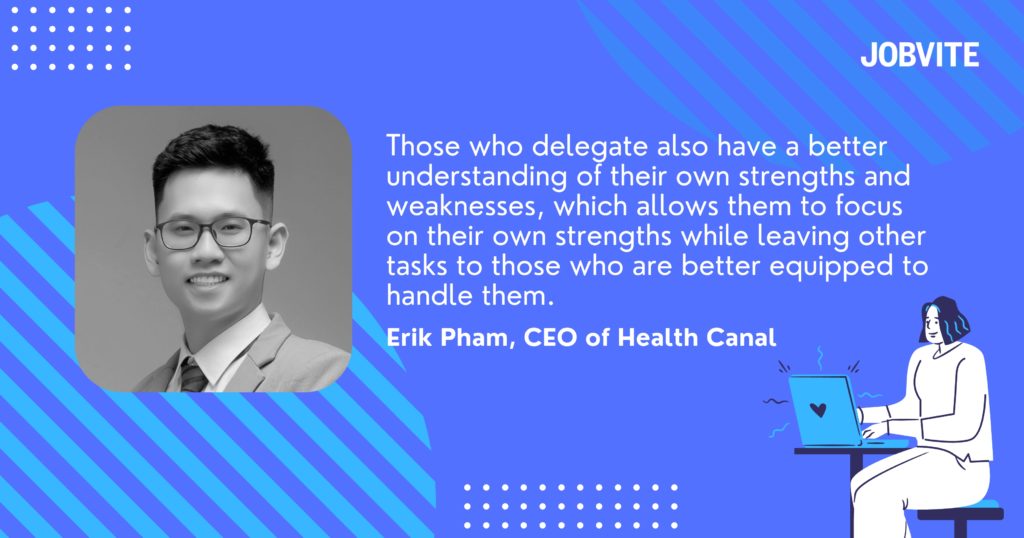 Look for Someone With Grit

One of the best traits to look for in an executive is grit. We define grit as “perseverance and passion for long-term goals.” It’s the ability to maintain focus and motivation, even in the face of setbacks or difficulties.

Individuals with grit are resilient and have a strong sense of determination. They don’t give up easily, and they are constantly striving to improve and reach their goals.

Grit is a critical trait for success in any field, but it’s especially important for leaders. Leaders need to inspire others, even when times are tough. They need to maintain their own motivation and focus, while also supporting and motivating those around them.

Individuals with grit make influential leaders because they are always looking for ways to improve, and they never give up on their goals. If you’re looking for an executive who is likely to succeed within your organization, look for someone with grit.

A Cultural Fit with Mission and Values

One trait you look for in an executive that shows they are likely to succeed within the organization is cultural fit.

After the role requirements are satisfied, the most important thing to do is to make sure the candidate fits culturally with the company’s values and mission as well as with the current leadership.

Every business and every leader is unique. Even though there are parallels, pre-made solutions won’t be effective. Your coach should be open to developing an impressive growth strategy based on your business’ objectives and culture.

The executives heavily influence the culture; hence, this aspect must be emphasized significantly. A misalignment in this area will cost the business astronomical sums of money, time, resources, morale, retention, and execution.

As an executive in a company, you oversee a lot of the business’s operations. Paying attention to detail is such an important skill for success, especially at the executive level, but also in your personal life.

Executives need to examine the information and decide on changes based on what they find. They can also notice problems quickly and look for solutions to improve the flow of the company.

It can be overwhelming sometimes in large companies to focus on details, but it remains at the top of the list for the trait most desired when searching for a new executive.

I look for leaders who blame themselves, not others, for their failures.

A private equity firm I was working with was interested in hiring a senior candidate. I asked the candidate why he wanted to leave his current role as President of a business only after two years of joining. He responded that while he was aligned with the founder, the rest of the company was not aligned to the growth plans. While this may have been true, the candidate blamed his failure to implement vision on the unwillingness of others to buy into his plan.

A better response might have been that he failed to convince employees to support his vision. The PE firm passed up on the candidate following my recommendation. The candidate found another job, but I wasn’t surprised to see him looking for yet another role a few years later.

The Ability to Delegate Effectively

The ability to delegate effectively is an important trait to look for in an executive. Those who can delegate tasks and trust that someone will complete them efficiently are more likely to succeed than those who try to do everything themselves.

Delegation is an important skill for anyone in a leadership position, and it is one that can show success in both the organization and in life. 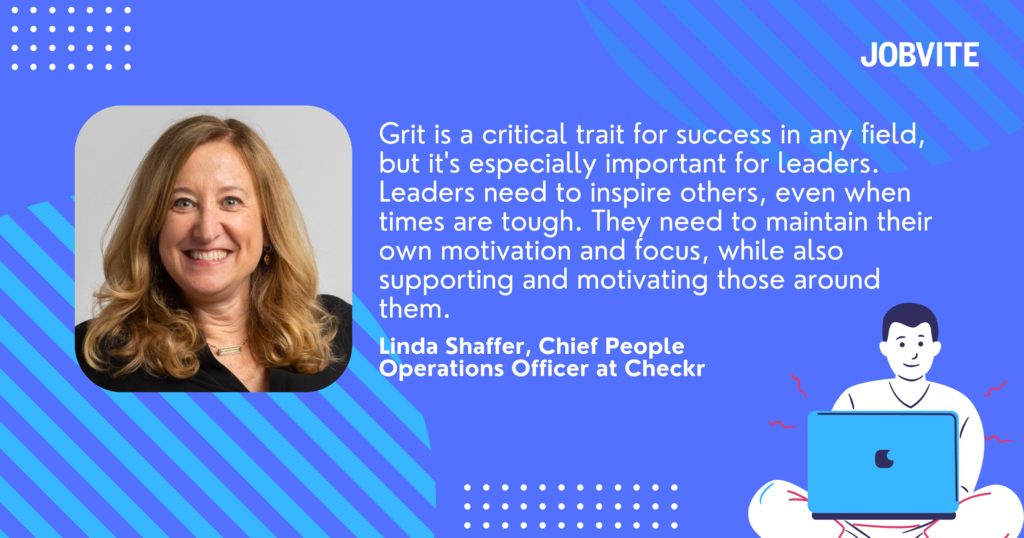 Self-Learning Is a Superpower

Being good with people and networking for business are crucial skills for any executive.

In recent years, a person’s ability to actively assess their own knowledge gaps, set learning goals, seek out the necessary people and resources to learn from, and continuously apply what they learn is equally important.

Besides reskilling, self-directed learning reveals highly valuable personal qualities. This mindset acknowledges that you don’t know everything, but are willing to learn in order to succeed.

In addition, it reveals a person who is willing and able to change, adapting to the demands of their job. This person is less fearful of failure, for example, because, unlike someone who does less proactive self-learning, this person can learn from scratch or can start over whenever they need to.

It’s essential for leaders to have a positive attitude, both for their own well-being and for the sake of those they lead.

A positive outlook can be contagious and inspire others to do their best work. Additionally, when things inevitably go wrong (as they always do), a positive attitude will help a leader stay calm and focused so they can find a solution.

Keeping the Big Picture in Focus

An executive who has a big-picture outlook is more likely to succeed within an organization.

A big-picture outlook also means that they can see the long-term implications of their decisions rather than just short-term ones. This can be important in areas such as marketing, where decisions made today can have long-term effects on the success of the company.

Someone who can see the big picture will be better able to make decisions that will be best for the company in the long run.

Executives with a curious mind are likely to succeed not just in their career, but also in life.

It is so because people often link curiosity to creativity, which is exactly what’s needed when successfully leading an organization. Curious people are not afraid to try new things and are brave enough to break the norm, allowing them to discover ground-breaking things and make big achievements in life.

For curious executives, failure is not the end of their careers. With every mistake they make, they become more knowledgeable and wise in making decisions. Failure challenges them to become the best version of themselves and teaches them to be flexible amidst every obstacle they face.

Effective communication is one of the most important traits for any leader, particularly in today’s world. Great communicators inspire people. They create a connection with their followers that is real, emotional, and personal — even if they’re not physically present with them.

Effective communication requires the ability to connect with others on a deep level. It requires being able to understand why they do what they do and why they think what they think. It means knowing how to use your voice effectively so that you can communicate clearly and powerfully with others.

It also means knowing how to listen — really listen — so that you can hear what your audience wants from you and deliver it to make them feel heard, understood, and valued.

When an executive knows the name of everyone in the office, including the maintenance staff, that’s a signal that they will be successful in their role.

It shows that they are invested, not only in the business but in the people as well. Someone like that is respected within an organization and people are more likely to push for an executive like this to succeed.

There are many traits that can indicate an executive is likely to be successful within an organization, but some of the most important ones are realism, ambition, and creativity.

Executives who can maintain a realistic perspective on their business and its challenges are more likely to be successful in the long run.

Ambition is also key, as executives who want to achieve great things for their company are more likely to put in the extra effort needed to succeed.

Finally, creativity is essential in any industry, and executives who are able to think outside the box and come up with new ideas will be more successful than those who stick to the status quo.

JazzHR, Lever, Jobvite, and NXTThing RPO are brands of Employ Inc. Terms and conditions, features, support, pricing and service options are subject to change without notice. By accessing and using this page, you agree to Terms and Conditions.